CÎROC is a modern vodka, filled with flavour and style, and a distinctive taste that is unparalleled. Unlike most vodkas, which are made from grain, CÎROC Vodka is distilled from fine French grapes; a process inspired by over a century of wine-making expertise and craftsmanship. The succulent grapes, distilled five times over by Master Distiller Kean-Sébastien Robicquet at the historic Distillerie de Chevanceaux in the South of France, give CÎROC Vodka a distinctive flavour with an exceptionally fresh, citrus taste. The CÎROC name is a combination of two French words: “cime”, meaning peak, and “roche” meaning rock. Its French-inspired name is reflective of the Gaillac region, the highest wine growing region in France, where the vodka is made. 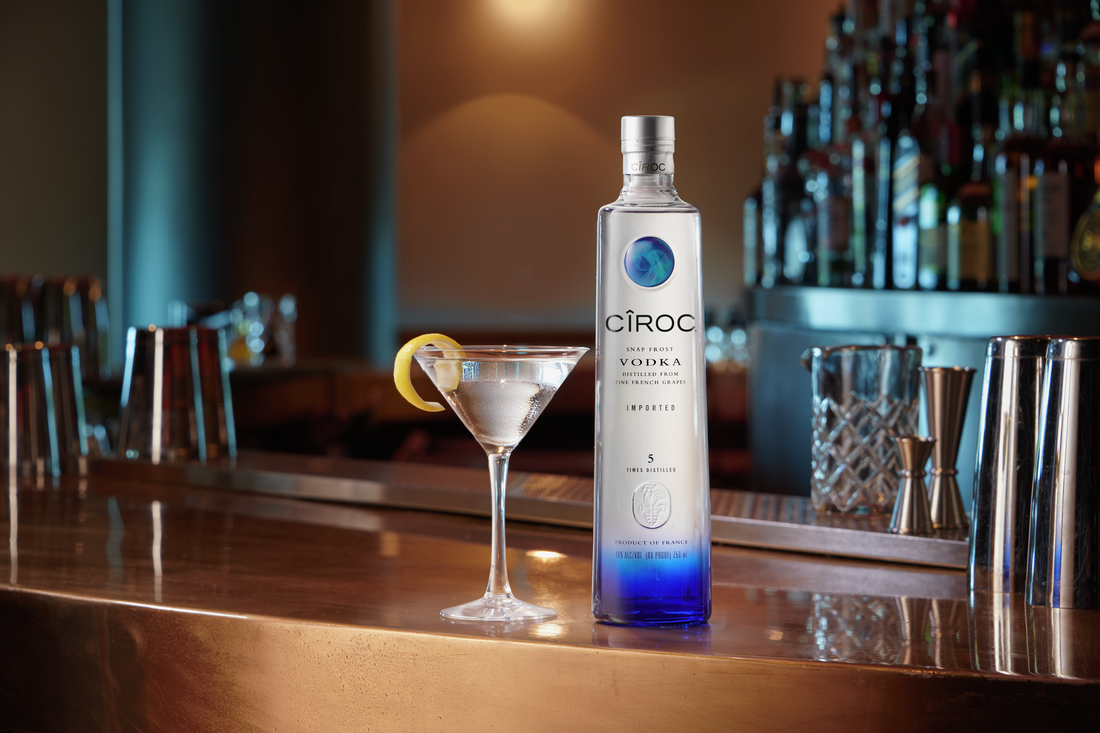